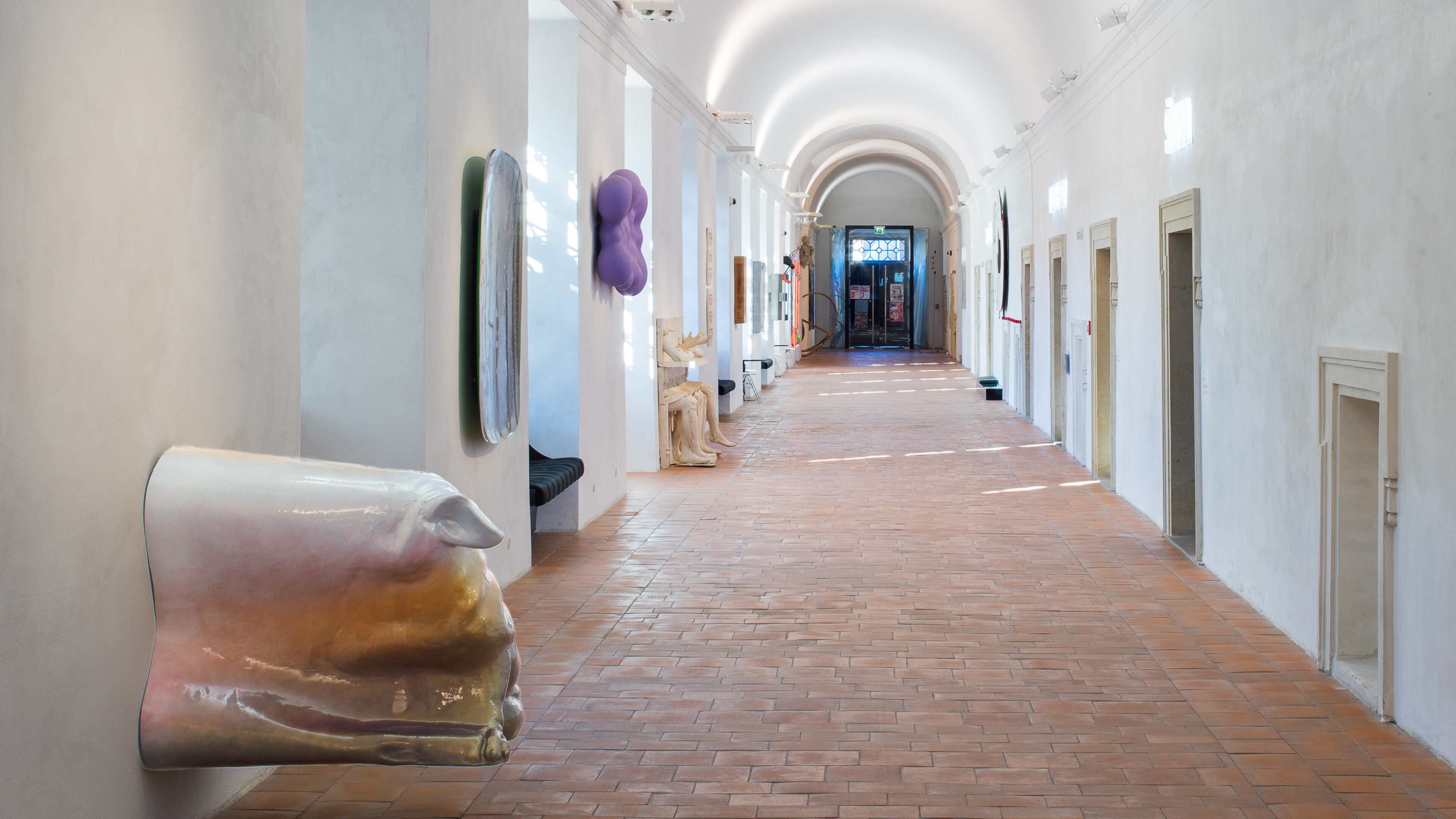 The Avenue of Saints

Following on from the reworked version of GASK’s permanent collection States of Mind / Beyond the Image – Innovations and Interventions, we are presenting another long-term exhibition survey.

Following on from the reworked version of GASK’s permanent collection States of Mind / Beyond the Image – Innovations and Interventions, we are presenting another long-term exhibition survey, one which this time mirrors the Baroque gallery of saints by the sculptor František Baugut (1668-1726) that is located in front of the Jesuit College. The Avenue of Saints project presents contemporary sculpture that, mounted on the walls of the ground-floor entrance corridor, creates a stimulating dialogue between the spacious Baroque interior and present-day forms of plastic expression. Despite the manifest remoteness between these exterior and interior ‘sculpture processions’ in terms of time and style, it is possible to sense a transcending affinity between them as well: in both cases, the spatial work enters the specific environment of the viewer as a tangible physical presence but also as the focal point of symbolic meanings with which it ‘activates’ the mental context around it. The original saints dating from the 1710s speak to us nobly about Christian ideals, though they are also a programmatic expression of the Jesuit Order’s status and aims. The ‘saints’ of today, some of which directly quote traditional Christian iconography, speak of the search for identity and cultural values in an era devoid of predetermined ideals and certainties. The stone ‘immutability’ of the Baroque sculptures is thus tellingly juxtaposed with the uneasy testimony of our current age, a testimony based on critical irony but also on the positive awareness of human universality.