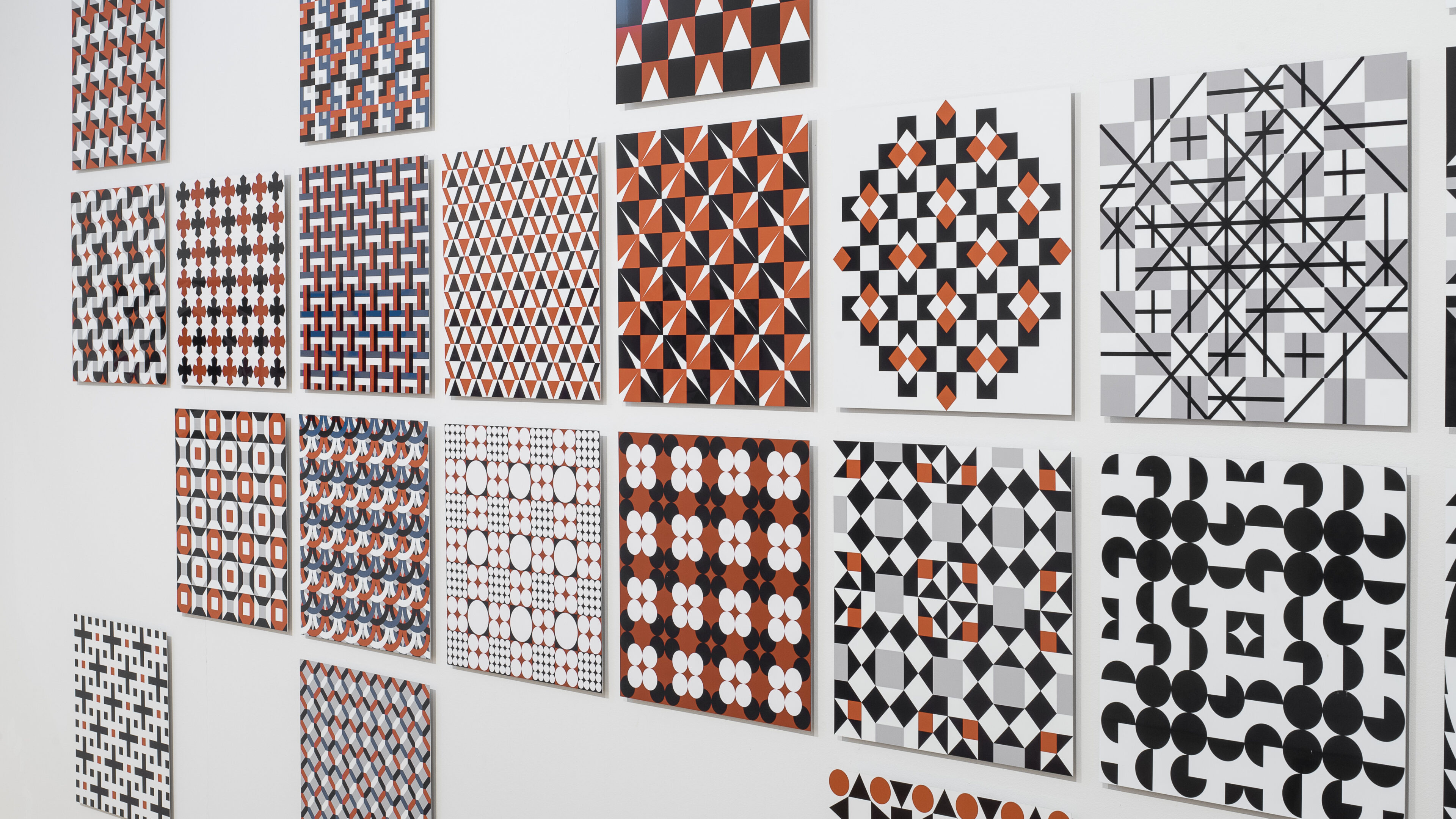 The exhibition ORNAMENT – GEOMETRY – PLAY presents the renowned architect of many exhibitions, Emil Zavadil, this time as the author of free graphic design based on mathematics and geometry.

Emil Zavadil (25 October 1936) is an architect by profession. After completing his study of architecture at Czech Technical University, Zavadil worked as a garden architect while also devoting himself to graphic design and typography. Nevertheless, the field in which he has most excelled is exhibition architecture, which he has been involved in for about fifty years. In his work, he combines a clear sense of order with perfectionism to produce a visually impressive whole. Besides his main profession and his long-term interest in photography, in recent years he has begun to fully explore his abstract way of thinking through works of fine art. In these pieces, he moves away from three-dimensional solutions to work with an approach he feels a close affinity for – abstract geometry. His captivation with Euclidean mathematics and geometry is expressed in two-dimensional compositions and the use of basic geometric shapes such as circles, triangles and squares. By exploring variations of these shapes, he opens up a number of combinatory possibilities, and on the basis of each newly discovered system he creates a different structure that ultimately produces a harmonious and almost surprisingly beautiful whole. In so doing, he opens up the playfully and boldly adventurous path of a creative and mathematically precise process providing an open-ended number of solutions.

The entire process begins in Zavadil’s imagination, as he plays with shapes and their subsequent realisation through drawing. The resulting regularly repeated system produces a network. By colouring a part of the drawing, the system is transformed into a new image. Like his basic formal vocabulary, Zavadil’s chosen colour range – which is often supplemented by a black-and-white structure and is limited to basic red and blue – reflects the traditional symbolism of his works’ spiritual essence. The most important element is the compositional process, which can be understood as a form of meditation. The next stage involves digital processing based on Zavadil’s precise instructions, in which a particular motif is repeated to produce the final composition in the predefined square format. Finally, the image is printed onto a metal plate using precision ChromaLuxe technology.

This exhibition shows all the stages in Zavadil’s creative process. The question arises: What is the final work of art? The drawing, the digitally processed graphic work, the print on the plate or the arrangement of the installed exhibition? The best answer to this is that it isn’t the final work, but the process itself. In this respect, Zavadil differs from his great models Jan Kubíček and Stanislav Kolíbal. He uses minimalist means to produce a rich and diverse ornamentation, remaining open to various possibilities. He moves from details to the whole while following a certain order to produce harmony and beauty. Emil Zavadil belongs to a generation characterised by its interest in concrete art as the purest form of abstraction. His encounter with the world of digitisation is not an adversarial one. Instead, he uses the possibilities provided by digital tools to develop his own system and ideas; it helps him remain exacting while implementing a found order. The process of creating an unbounded whole forms the image of a deeply spiritual approach.

The artist’s debut exhibition is being held on the occasion of his 85th birthday.